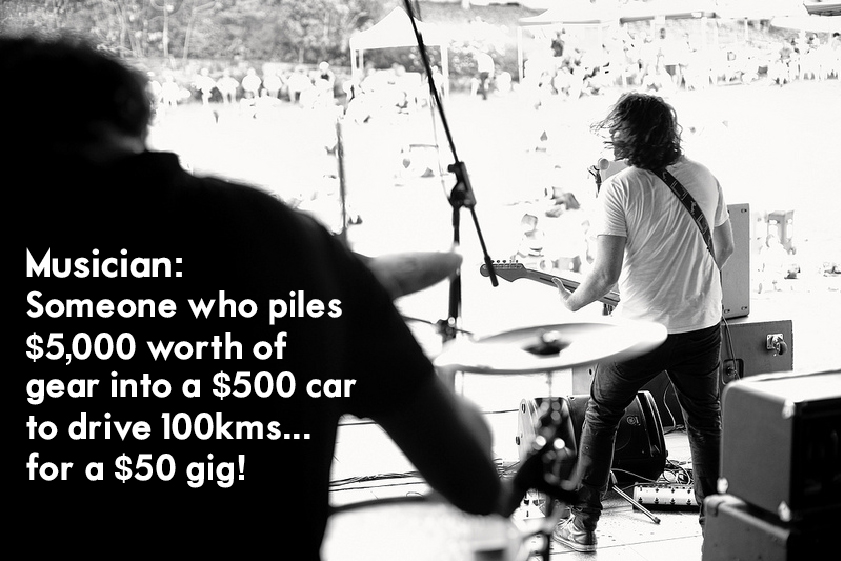 Now, after you’ve wiped that wry smile from your face… I’d like to talk about a growing scenario that has evolved in recent times – as access to music, both live and recorded, has never been easier or more often taken for granted.

Pretty much anyone with a pulse loves music… and even for those rare folk who say they can take it or leave it, scientific studies have shown that music has the power to affect our emotions, attitudes, relationships and actually enhance our health!

According to US music therapist, Michelle Bonn, music is a great way to guide and change our attitudes. It is a gateway to our emotions. It has the power to stir a person at their very core. Studies have also shown that the brain uses the same neurotransmitter to send the sensations of both pain and music. If both elements are received at the same time, neither can reach the brain with full intensity. So, pain is actually felt less intensely because music can create a physical response that relaxes the muscles and dilates veins.

But coming back to our photo caption, the very producers of music these days are generally undervalued, and unless you are U2, the Rolling Stones or Bruce Springsteen (or perhaps a freak of nature like Adele or Lorde)  musos stand little chance of making a living plying their craft. So, given its seminal beauty, cultural worth, the sheer joy of music and its wellbeing benefits, it’s passing strange that we don’t hesitate to pay the doctor, the plumber, the telco, the coffee shop, but we kinda think that local live music should be free… like air. But also like air you won’t really miss it until you don’t have any!

As jazz great, George Carlin said: “…musicians are the only workers I know who’ll put in a full shift at some joint for pay, then pack up and go somewhere else and continue to work for free.”

We live in a capitalist society and ultimately; music is another product for sale. I’m pretty sure most folk would agree that they wouldn’t be willing to do their job for free just because they enjoyed doing it. So let’s create fair exchange for the people responsible for creating the soundtracks of our lives.

“I feel the sky come tumblin’ down…” So sang Carol King from her seminal Tapestry album. And, while basking in these moments of earthy metaphorical lyricism I am also drawn to the Bard’s observation that: “The Earth has music for those who listen”. And it got me thinking about the earthy delights that living in this beautiful part of the world brings. Especially, in matters of music. 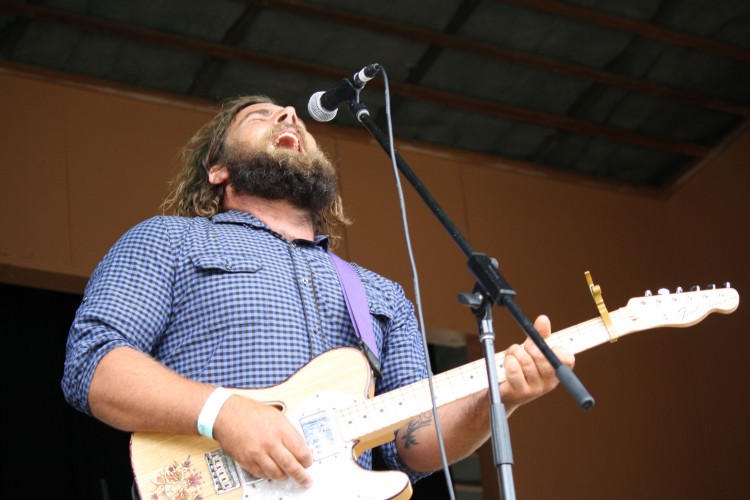 A big common denominator for all we good burghers of Eumundi is the very love of music. It seems we just can’t get enough of it and a day barely goes by without someone hitting the high notes in a postcode 4562 venue.

Places like Joe’s Waterhole, the Green Room, Alfrescos Garden Cafe, Bohemian Bungalow, Original Eumundi Markets plus Eumundi Live are all elevating and celebrating music in its many genres. Not to mention Full Moon Dances at Verrierdale Hall and stripped back gigs at House With No Walls down the Noosa Eumundi Road.

And, as said Billy Joel… “I think music in itself is healing. It’s an explosive expression of humanity. It’s something we are all touched by. No matter what culture we’re from, everyone loves music.”

Music makes your soul soar and forms a soundtrack to life’s wonder. We sing when we’re happy, sing when we’re sad, when we’re proud… hell, we sing when we just want to get loud! It’s amazing what the combination of just 12 little notes and some heartfelt poetry can do.

Where were you when you heard: ‘Freedom’s just another word for nothing left to lose / Nothing ain’t nothing, but it’s free’ or, ‘It’s better to burn out / than to fade away’. How do you feel when something juicy comes along like: ‘Hey, hey baby said the way you move / gonna make you sweat, gonna make you groove…’ Do you join in the chorus when Goyte cries, ‘Now you’re just somebody that I used to know?’

As Plato said, “… music gives soul to the universe, wings to the mind, flight to the imagination, and charm and gaiety to life and to everything.”

Yep, we sure do wrap ourselves around music – it’s the drumbeat to our lives, the soundtrack to our culture. And the hills around Eumundi are alive with the sound of music.

One little footnote… musicians love to play, but they also like to eat. So when it comes to enjoying live music, please don’t treat it just like air… you know, you don’t really notice it’s missing until you haven’t got any. Musos deserve a fair reward for that spark of creativity, the burning stagecraft and that moment of rapture where we all share in an unseen communion of celebration, as that beat goes on. Let’s not short-change them.

Be a Friend of Eumundi Live. Get great discounts and other cool stuff
WP-Backgrounds Lite by InoPlugs Web Design and Juwelier Schönmann 1010 Wien